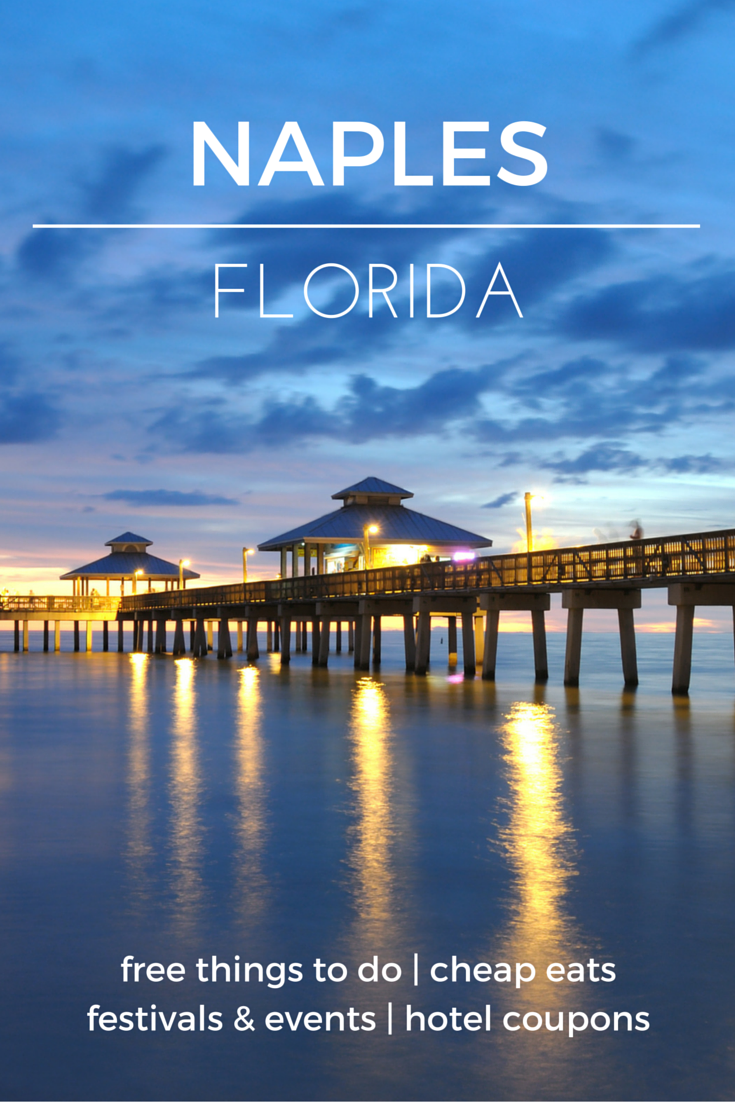 Naples is part of Florida’s Paradise Coast, so you know you’ll have the ultimate tropical vacation in Naples. Enjoy the best mix of sophistication and nature.

For high-end shopping, try the boutiques and retailers of Fifth Avenue South, the Waterside Shops and nearby outlet stores.

Whether you’re relaxing by the pool of your Naples hotel, or one of the many picturesque beaches on the Gulf of Mexico, you’re sure to find the rest and relaxation you deserve.

From historic homes to popular attractions, Naples has much to offer. Consider a trip to Naples Zoo at Caribbean Gardens, Golisano Children’s Museum of Naples, Fun-n-Sun Lagoon, and more (see our list of free things to do in Naples below).

Visit This High-End Destination Without Breaking The Bank

Big Cypress National Preserve is free to visit. It’s next to the Everglades, but closer to Naples, so it’s a great place to visit even if you don’t have much time.

This beachfront park offers picnic facilities, a playground and more. Lowdermilk Park may get busy since it’s in a great location along Gulf Shore Boulevard.

From the forest to the dunes to the beach, Clam Pass County Park offers a truly authentic Florida experience. Perfect for families, couples or independent travelers, add Clam Pass to your itinerary.

Learn about the prehistory of Florida at Collier County Museum. You’ll learn all about the Native Americans and settlers that lived in this area hundreds of years ago.

Museum of the Everglades

Head to the Seaboard Air Line Railway station for a look into the history of transportation in Naples.

Discover the history of the Calusa Native Americans at the Marco Island Historical Museum.

Ideal for fishing or simply watching the sunset, Naples City Pier is free to visit. You won’t believe the views from this historic pier in Naples.

Joe’s Diner (Something For Everyone)

Salsa Brava Mexican Grill (All The Tex-Mex Food You Love)

Located near Fifth Avenue South, the Naples National Art Festival brings together artists from across the U.S. to display and sell their masterpieces. Find paintings, pottery, photography and more.

This free event offers smooth blues music played live, plus food and beverage vendors from all over Naples.

The Mercato Fine Arts Festival is held annually at Mercato shopping area in Naples, Florida. This free event makes it easy to select the perfect pieces for your home.

If you think mastering the perfect pint is an art, then mark your calendar for the Naples Craft Beer Festival. The event is held on the Naples Bayfront.

Head to Fifth Avenue South for the annual Naples Festival of the Arts. You’ll enjoy more than 200 displays of arts and crafts.

Between the fresh seafood and the live music, there’s no better time to visit the Naples area. Don’t miss the Marco Island Seafood & Music Festival.

Watch the red, white and blue parade through Naples, then head to the Naples Pier for 4th of July fireworks!

Film enthusiasts and professionals like will appreciate the Naples International Film Festival.

On the last two days of the year, celebrate with the New Year’s Eve Art Fair happening in Downtown Naples on Fifth Avenue South. Enjoy and purchase art from local artists.